Sinapto as main sponsor of AS Rugby Milan handled the renewal of the digital identity of the team and is pleased to announce that the technological infrastructure realized is online.

The built infrastructure consists of:

- a website, available at the link www.rugbymilano.it, which includes the information and editorial pages and a dedicated area for the members for subscriptions and renewals.

- a mobile app, a "Hybrid" app made with Cordova's Ionic 3 framework that has allowed us to develop a single app that can be used on various operating systems, in fact the app is available in the Android and Apple stores.

The website was created with Comunica, a content management system (CMS) developed by Sinapto, which allows the creation and management of the contents, allowing the complete administration by the customer.

Sinapto has recently made important implementations of the tool, including the addition of the multisystem functionality, ie the ability to manage multiple systems from a single platform. This upgrade has clear advantages, including the convenience of managing a site and a mobile app with just one CMS.

Sinapto, has also provided the hosting service and dedicated assistance.

The sponsorship naturally arises as a friendship between those who share and believe in the same values. AS Rugby Milan is a historical reality of the territory that, since 1945, is dedicated to human education by promoting the fundamental principles of this noble sport, participates in the national championship of Serie A, and is not only the first rugby team in Milan, but promotes social projects with inmates in the prisons of Bollate, San Vittore and Beccaria, with non-EU citizens waiting for a visa and / or a CIE destination in Via Corelli, with Sport Senza Frontiere and A REGOLA D'ARTE with the young people of the Milanese suburbs.

Sinapto keeps supporting the team, not only with its own name on the shirt, but cheering from the stands Go AS Rugby! Go! 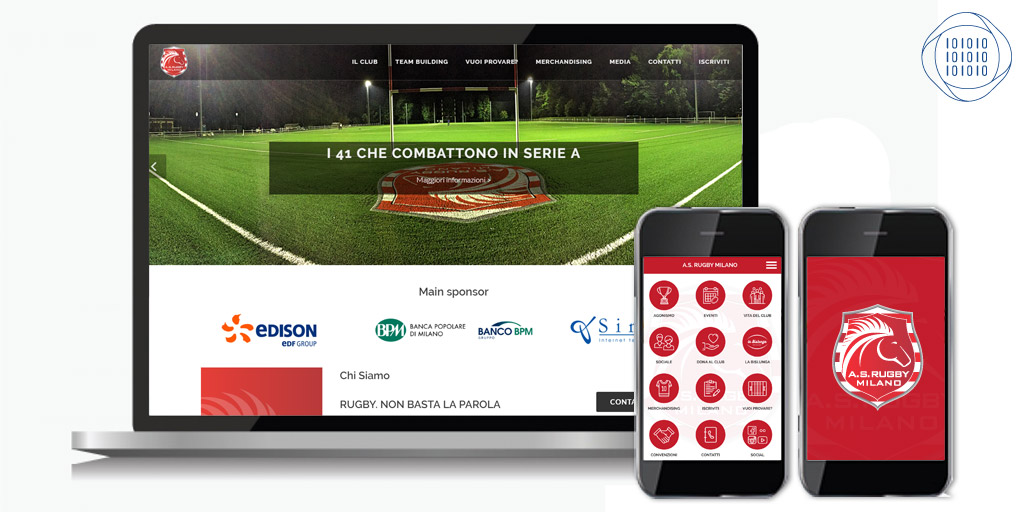