The three falcons born on Pirelli skyscraper: the video

Between Easter and Easter Monday the three peregrine falcons have opened on Pirelli skyscraper's roof in Milan. At dawn on Sunday April 16 a small window opened in the first egg, from which peeped the first little falcon, followed, after some hours, by the two brothers. 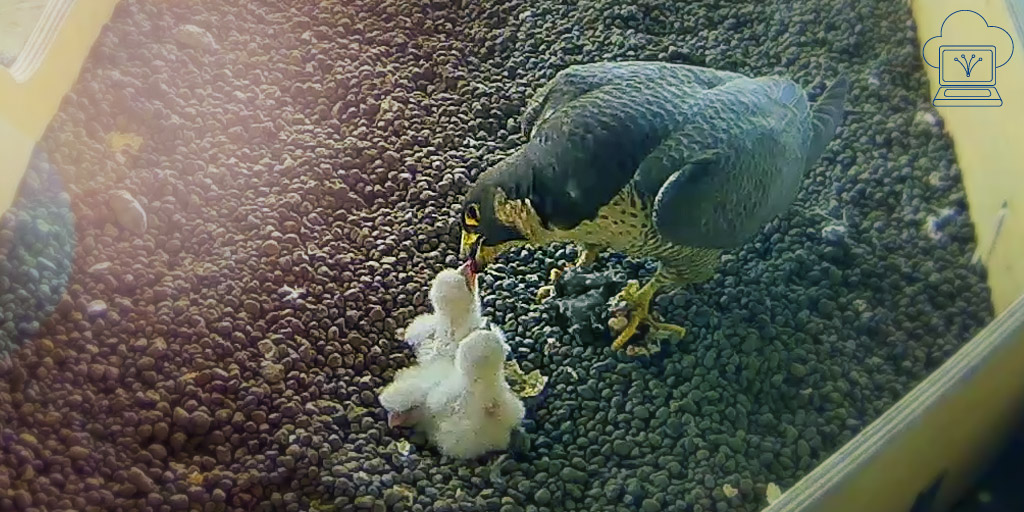 Sinapto presents the exclusive video showing the first days of life of falcons and how Giulia and Gio are facing the new parental role.